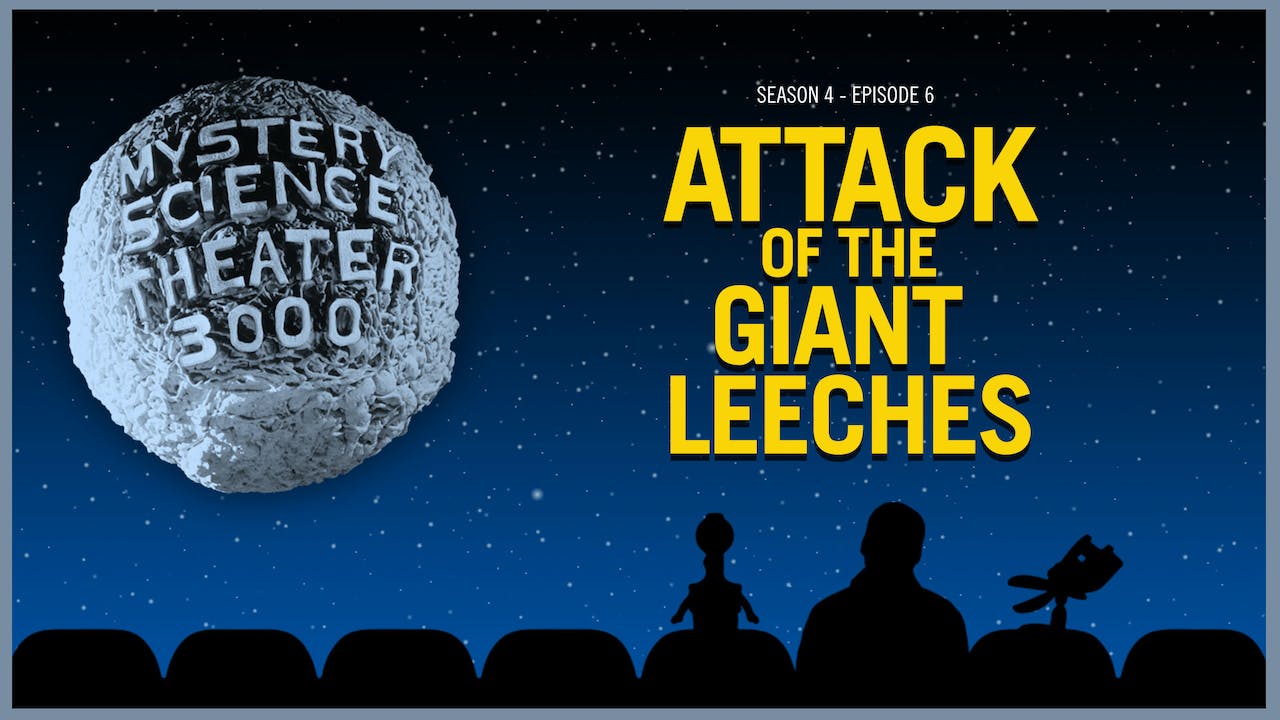 406. Attack of the Giant Leeches

After a series of mysterious deaths down in the Florida Everglades, game warden Steve Benton and his girlfriend set out to investigate with the help of Dr. Grayson. A local trapper is found with giant sucker wounds on his body…The culprit? Mutant leeches living in caves under the swamp! Hillbilllies, holo-clowns and a giant leech named Patches abound when Joel and the Bots take on this bloodsucking tale from acclaimed producer/director Roger Corman. Episode also includes the 1953 Undersea Kingdom Episode 1.