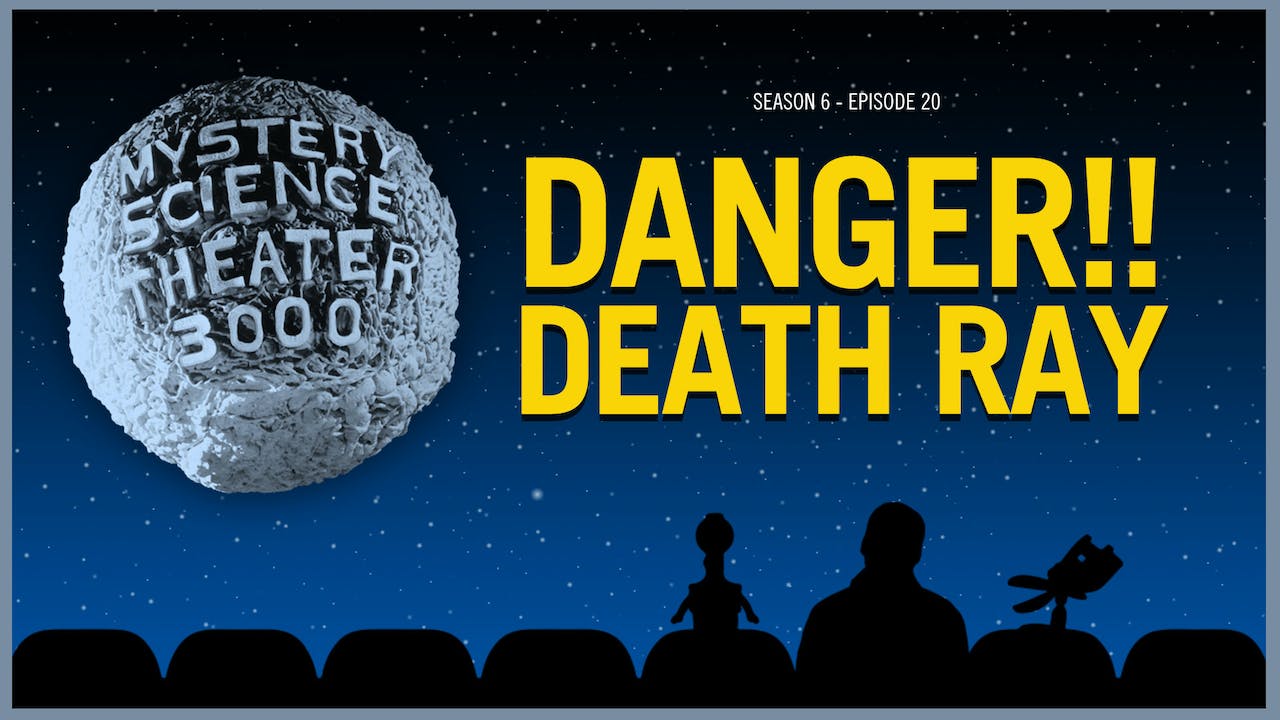 Danger!! Death Ray (1967) features a slick secret agent investigating an evil organization that stole a top secret death ray. Tom makes his own death ray for peaceful use but caves in to the pressure to use it on Crow. Later, the Bots stage an episode of "This is your life" for Mike and Crow shows off his sunglasses designs.