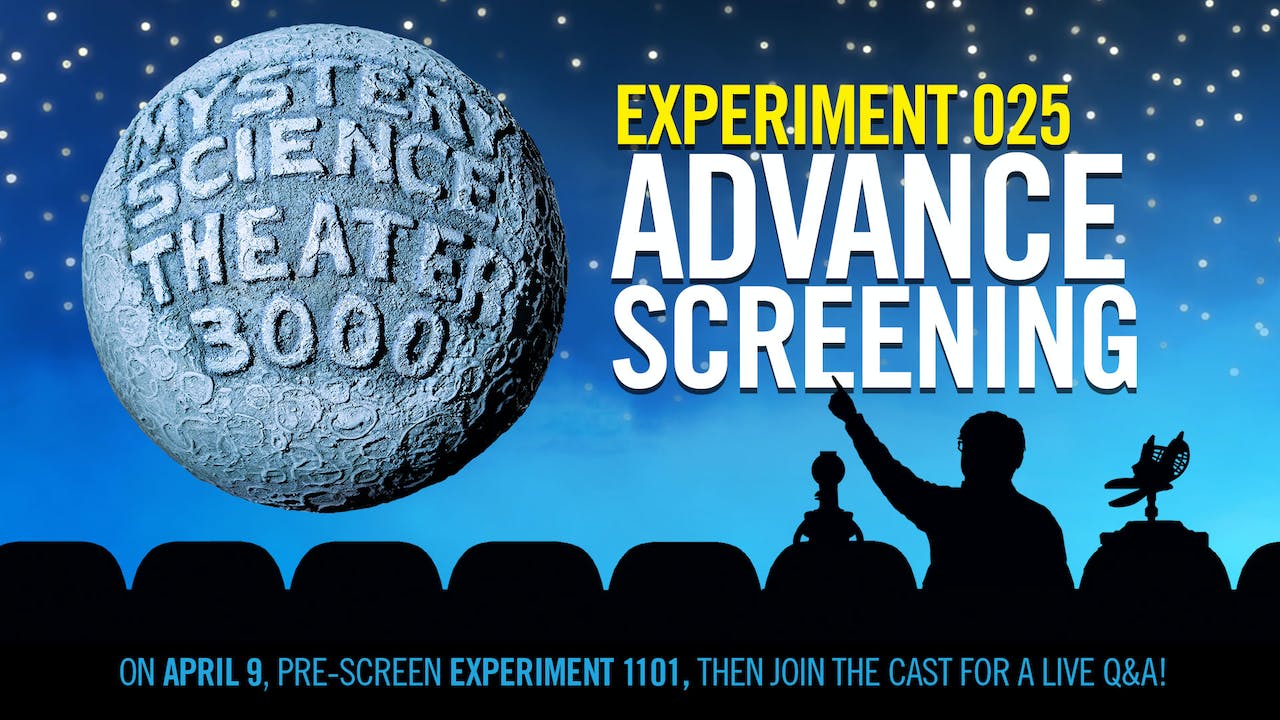 ONLY AVAILABLE AS A #WeBroughtBackMST3K KICKSTARTER REWARD!

As promised, streaming access to EXPERIMENT 1101 was available to all Kickstarter backers who pledged for EXPERIMENT 025 for 24 hours, from 12:01 AM to 11:59 PM PT, on SUNDAY, APRIL 9th. The preview window has now ended, but a recording of the live Q&A with Joel and the cast has been added, and will remain available as part of this reward.

PLEASE NOTE: Obviously, we don't want anyone to pay $999,999 to get this reward, but we can't let backers claim their reward if it's not available for sale. So, that's really just to keep it exclusive to non-backers. If you're having trouble getting your code to work, let us know at kickstarter@mst3k.com. Do NOT pay $999,999. Thank you.