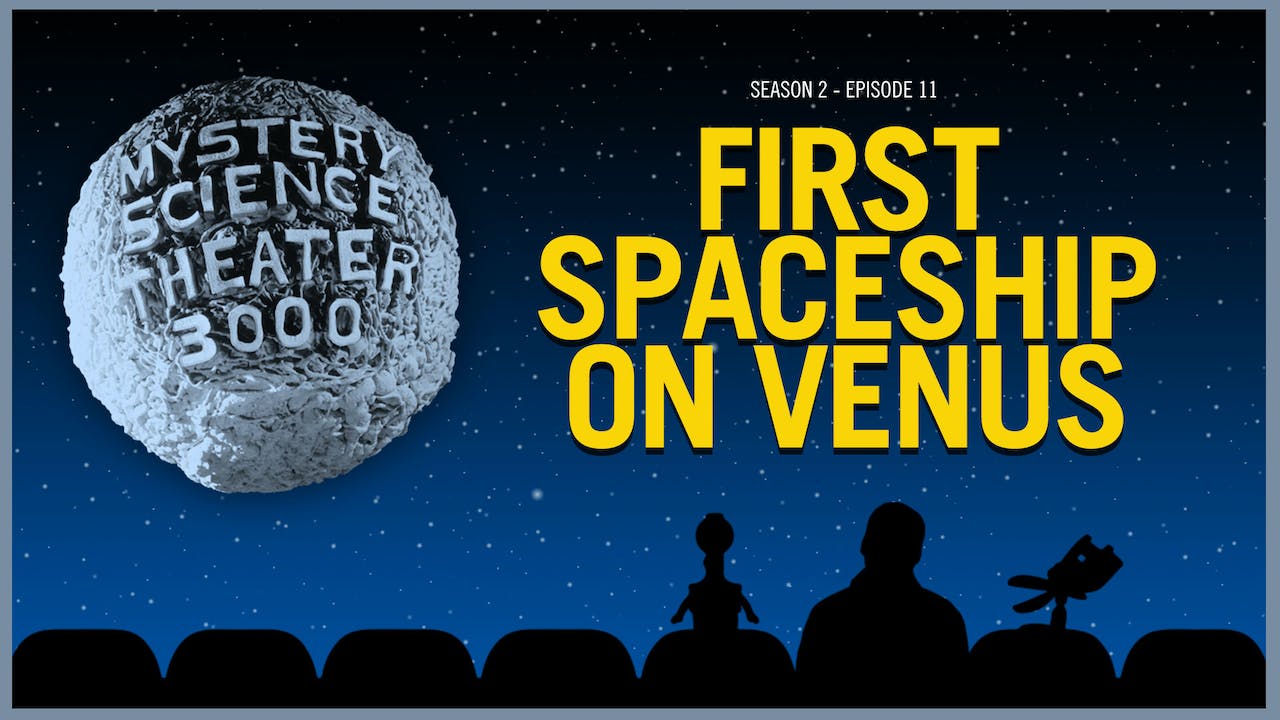 When a mysterious spool containing an unusual recorded message is found in the Gobi Desert, thorough testing is conducted to reveal the spool's point of origin--Venus! Now an elite team of scientists launches a mission to the solar system's second planet to uncover the truth behind the cryptic alien message and the beings responsible for its recording. Getting to Venus will be a challenge, but surviving once there will be a war! From the second season of Mystery Science Theater 3000, the lovable crew of the Satellite of Love--Joel, Tom Servo, and Crow--handle First Spaceship On Venus with just the right amount of respect and reverence. Absolutely none.