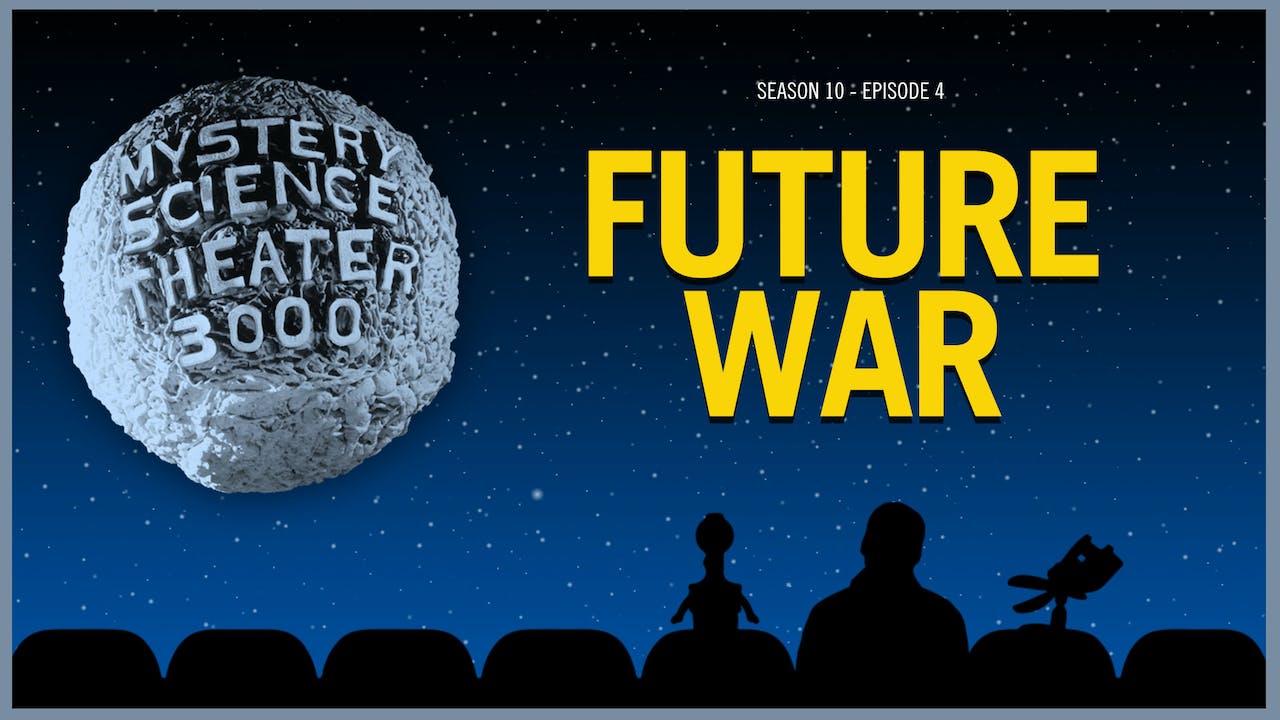 Their dinosaurs were trained as trackers. Their humans were bred as slaves. Now one of those slaves has escaped and a master race of cyborgs from the future has come to Earth's present to find him, triggering a war against a group of vigilantes, street gangs and drug lords. Released only two years prior to MST3K's episode, Future War was the most recent film ridiculed by the Satellite of Love crew, proving once and for all that movies aren't always turned bad by age. Some are simply born that way.