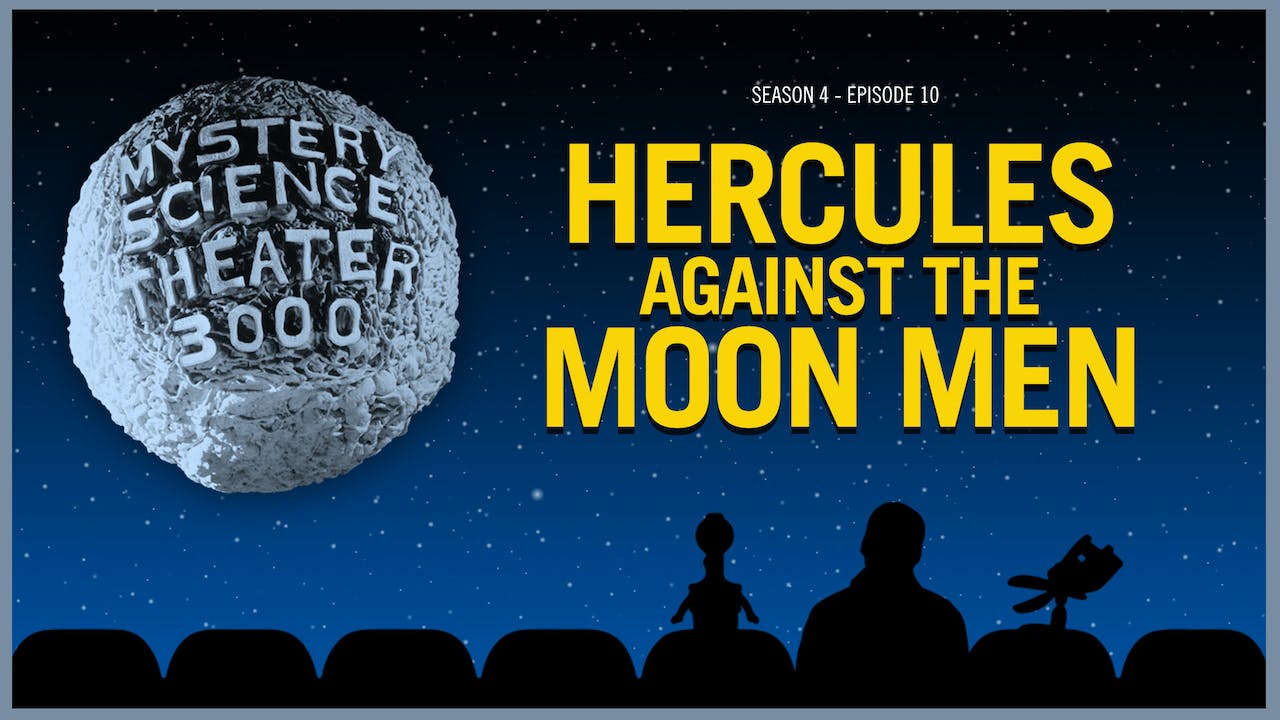 410. Hercules Against the Moon Men

A race of evil Moon aliens lands in ancient Greece, wreaking havoc for years on the city of Samar. When the queen makes a pact with these Moon men to become the unchallenged ruler of the world, it's up to the mighty Hercules to put an end to the chaos! In true MST fashion, Joel and the Bots take on this sword-and-sandal film, which features the now-infamous neverending sandstorm scene.