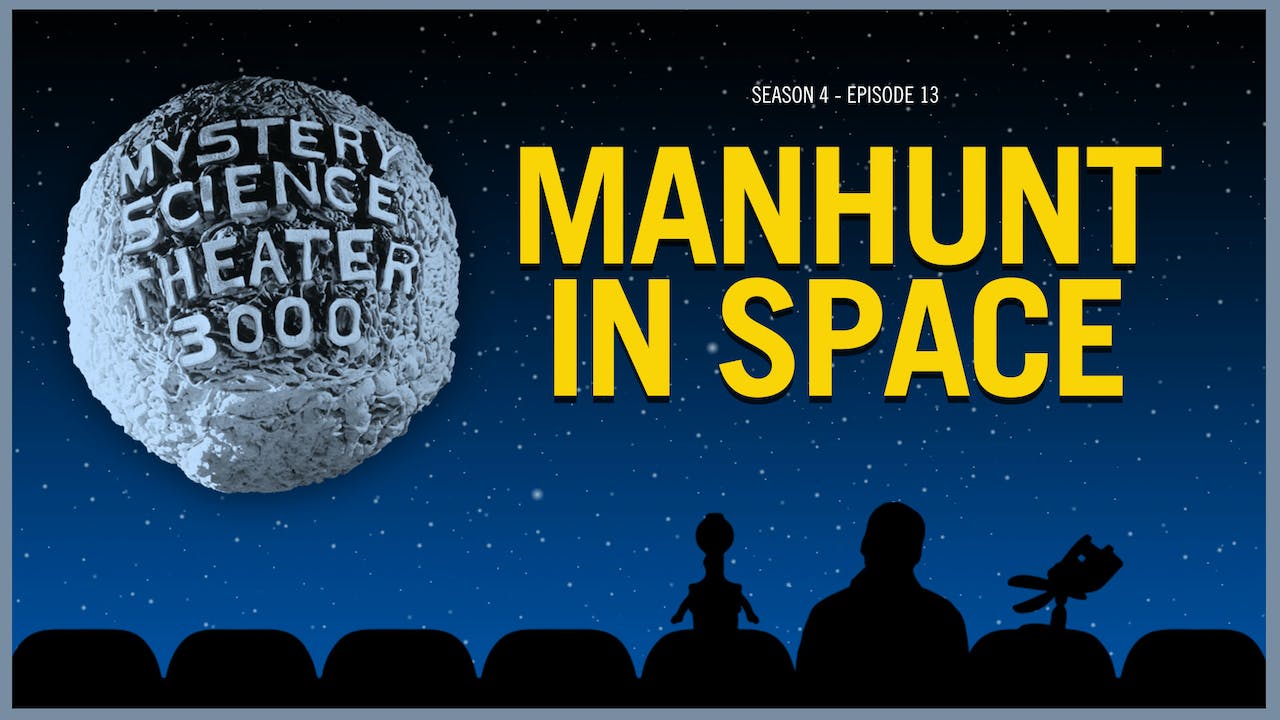 Launched into space with the mission of rescuing the lovely Vena from a gang of notorious space pirates, Rocky and his copilot Winky are once again ready to fight evil to the very end - even if it takes them to the furthest edge of the galaxy! Composed of reassembled episodes from the short-lived 1950s television series Rocky Jones, Space Ranger, Manhunt In Space is unable to escape the cinematic critique of Joel and the 'bots of the Satellite of Love. Also includes the short General Hospital, segment 1!