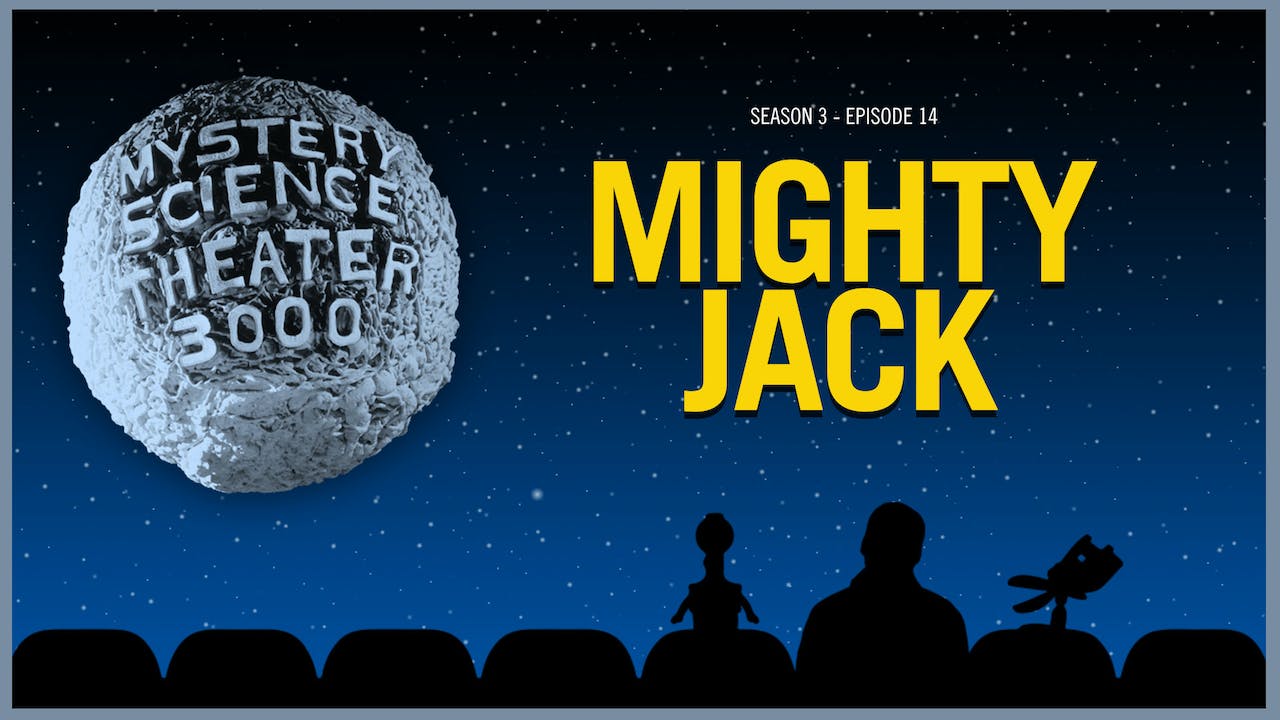 And lo, Tsuburaya Productions begat the 1968 Japanese television series Maitei Jyakku; and Maitei Jyakku begat the TV movie Mighty Jack; and Mighty Jack did know Sandy Frank Productions and begat in its own likeness an English-dubbed adaptation for American television; and the American version did lay with Best Brains and begat one of the funniest episodes of one of the funniest TV series ever made. The Japanese apparently had a license to quality television when they created this edited version of the 1968 TV series Maitei Jyakku. Long before “junk bond” joined the English lexicon, the 007-ish exploits of Mighty Jack — a government organization created to defeat the notorious crime syndicate known as “Q” — took everything that was bad about cool and thrilling espionage movies and threw the rest out. Fortunately for us, Joel and the ’bots had a license to riff.