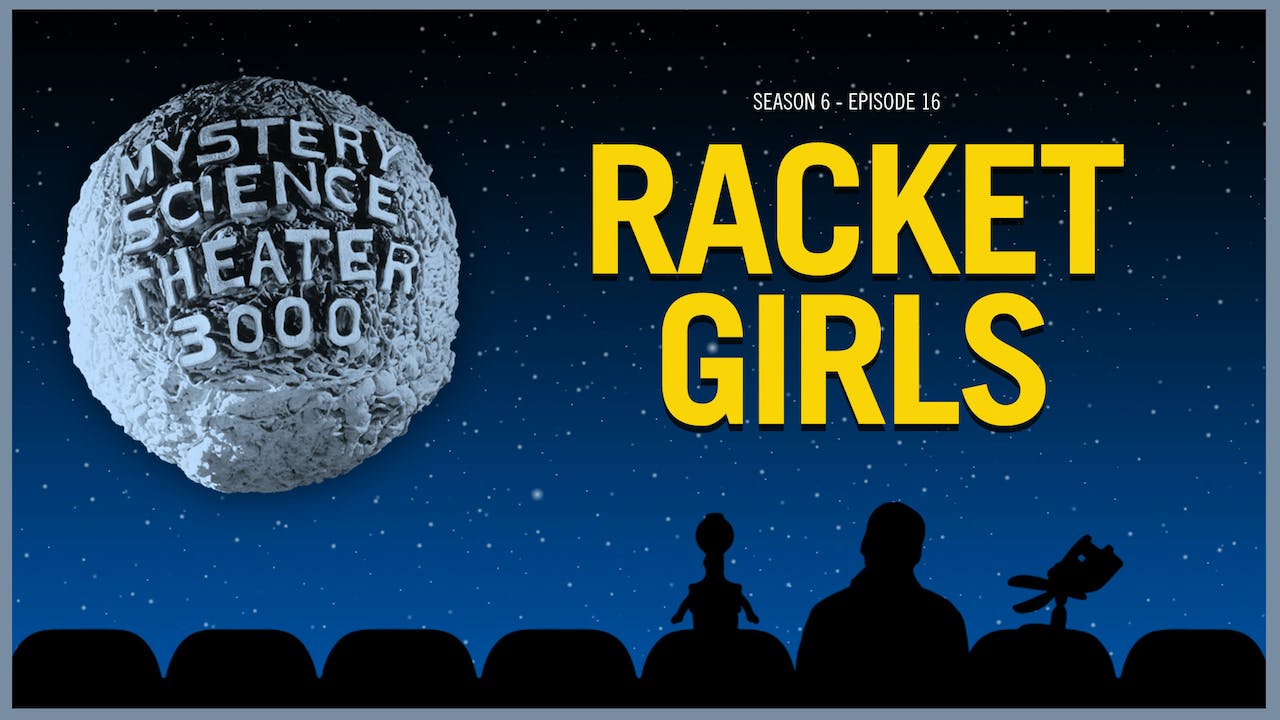 When lowlife wrestling manager-turned-gangster Umberto Scalli takes $35,000 from the wrong crime boss, he's forced to run for his life. Real-life female wrestlers Peaches Page, world champion Clara Mortensen and Mexican champion Rita Martinez—as you've never seen them before—star in this sinister tale of deceit, drugs, prostitution and smackdowns! In this hysterical episode from MST3K's sixth season, Mike Nelson, Crow and Tom Servo challenge the "gorgeous gals of the ring" for the comedy championship of the galaxy! But what’s funnier? The riffs onboard the Satellite of Love—or the Racket Girls themselves? Also includes the popular short Are You Ready For Marriage?