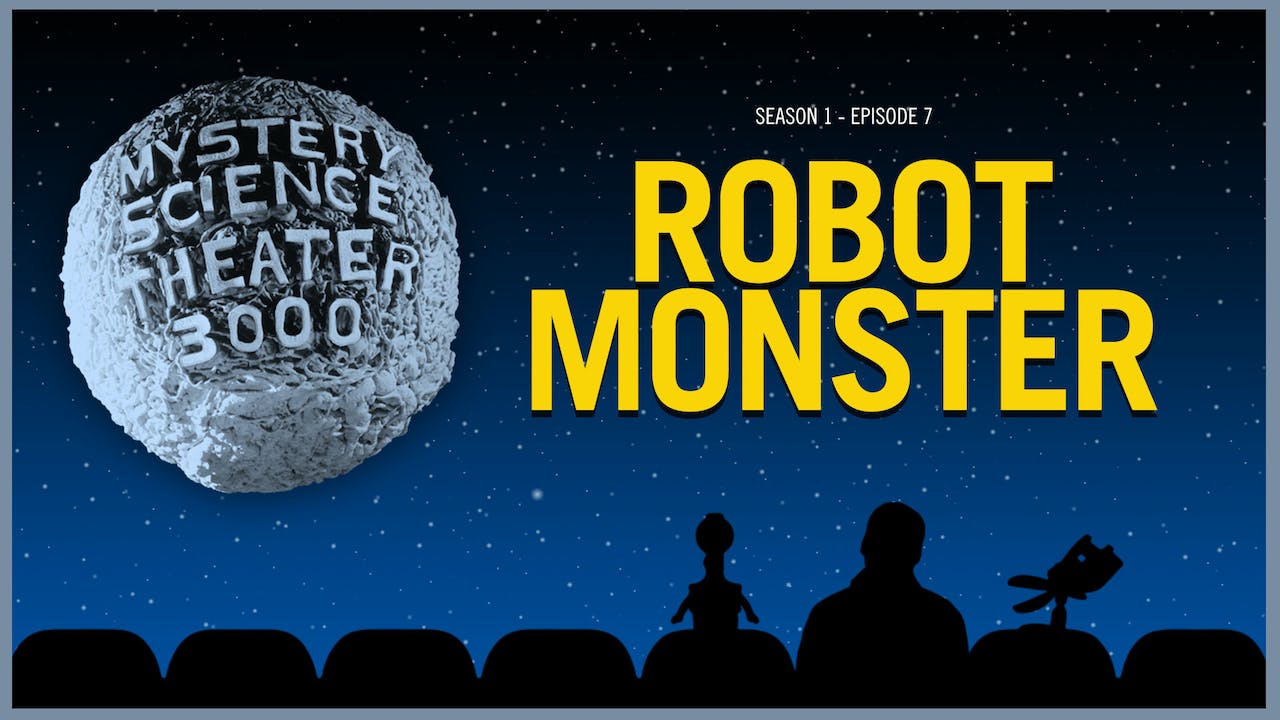 With his Calcinator Death Ray, the sinister Ro-Man has decimated the Earth's population, leaving only eight survivors; including a professor and the family of young space enthusiast Johnny. Its status as one of ""worst films ever made"" easily makes Robot Monster an instant hit with the crew of the Satellite of Love! Join Joel, Servo and Crow as they explore thair own fears of Ro-Man -- err. . . Ro-Tom surrealism and, of course, the awful goodness that is Robot Monster!