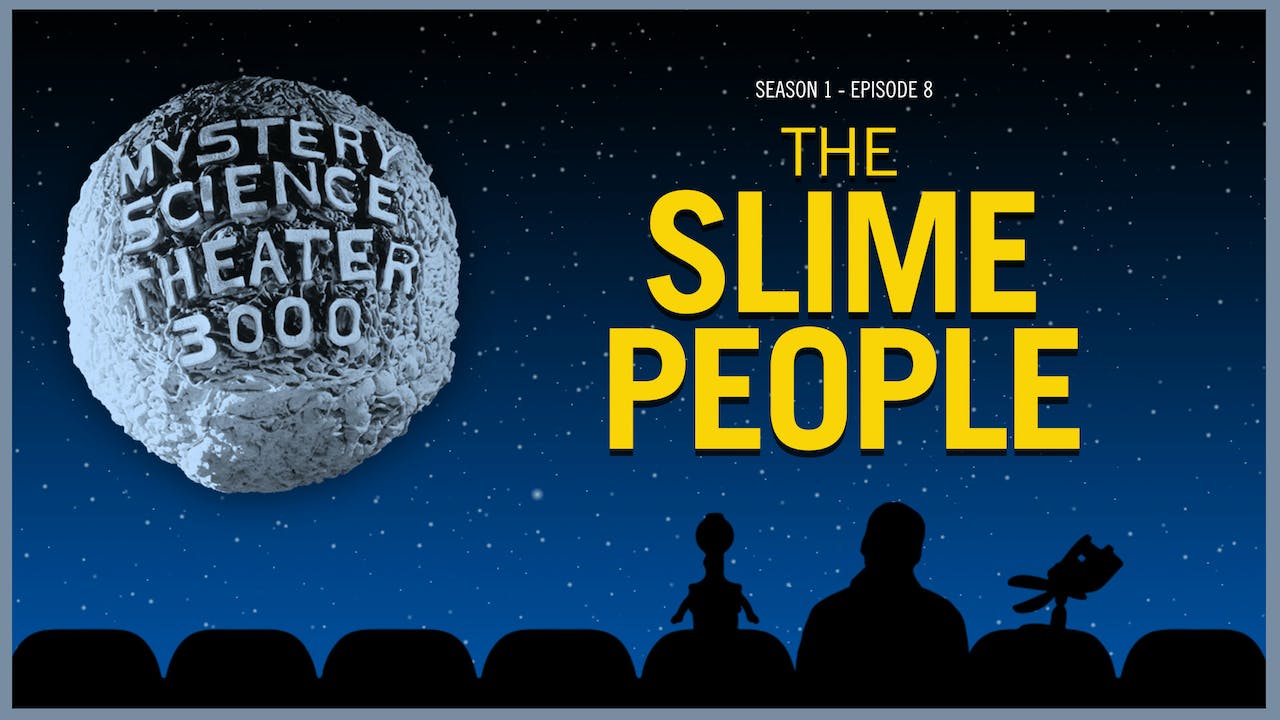 The tagline, “Up from the bowels of the Earth, ” is far too polite a description of this 1963 low-budget horror film. Nuclear testing has driven a race of subterranean creatures up through the sewers of Los Angeles, and after defeating the military, they erect a dome out of fog over the city to preserve an inhabitable atmosphere. A small band of heroes-in-the-making, stranded inside the dome, must fight to survive. One could see in this tale of imprisonment and struggle a fascinating parable of Joel, Tom and Crow’s predicament aboard the SoL; but we come to bury The Slime People, not to praise it. What does deserve praise, however, is the surefire comedy born of this tragedy.