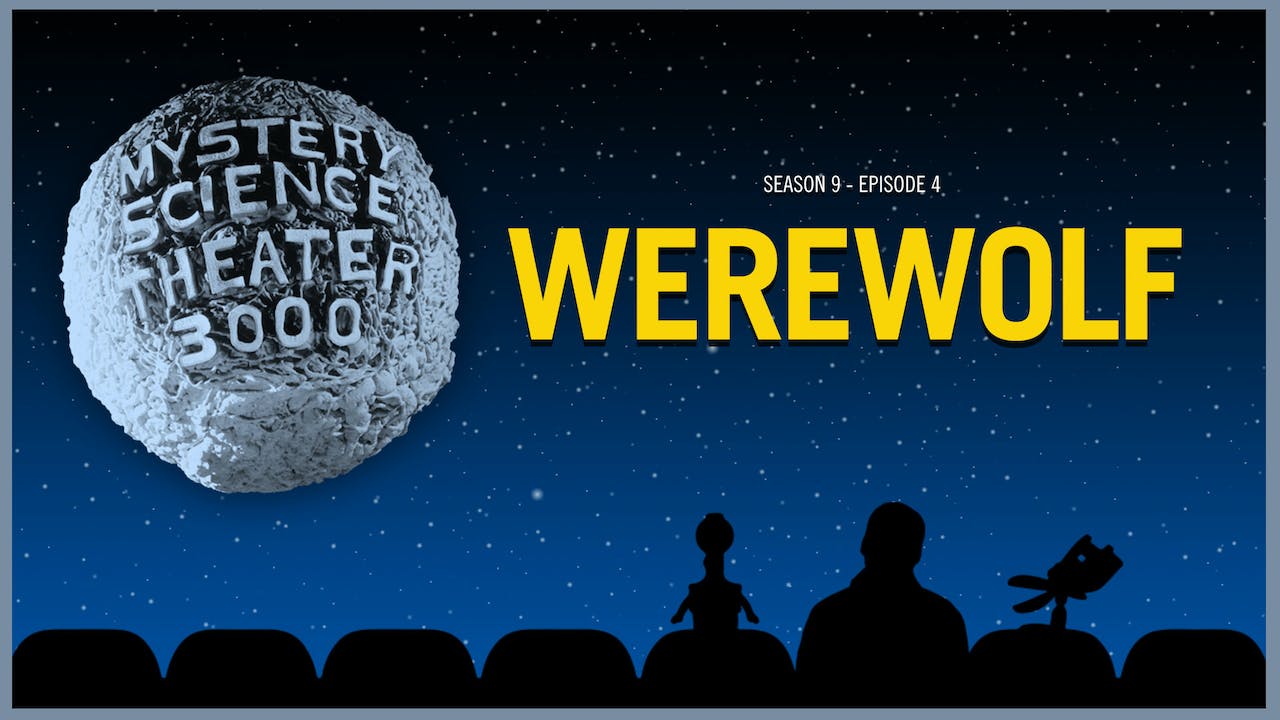 While on an archaeological dig in Arizona, a workman is accidentally injured on the skeletal remains of what is believed to be a werewolf. Within hours, he begins showing the deadly signs of lycanthropy, prompting his foreman to begin conspiring to create his own live werewolf. Directed by Tony Zarindast and guest starring celebrity brother/uncle Joe Estevez, Werewolf has been described by Kevin Murphy as "a gift from God" for all of the prime riffing opportunities. And you can be sure the crew of the Satellite of Love will take advantage of every single one.